Posted at 22:16h in Uncategorized by advancedrep 0 Comments
0 Likes 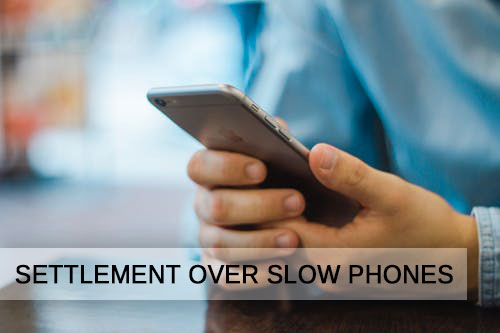 Apple has agreed to pay up to $500 million to settle a class action lawsuit that accuses the multinational technology company of slowing down older iPhones to induce owners to buy new models.

The proposed settlement agreement, which was disclosed Friday and requires approval by Judge Edward Davila of the U.S. District Court for the Northern District of California, requires Apple to pay owners of certain iPhone models $25 per device, with a minimum total payout of $310 million and maximum total payout of $500 million.

According to the proposed settlement, iPhone users may file claims if they owned an iPhone 6, 6 Plus, 6S, 6S Plus, 7, 7 Plus or SE device that they bought before December 21, 2017. The settlement states that the final payment each user receives will depend on the number of filed claims and any additional legal fees and expenses approved by the court.

Court documents also show that Apple denied wrongdoing, but settled the case to avoid the costs of litigation, Reuters reports.

Apple admitted in December 2017 that it used software updates to slow down older iPhones, CNN reports. While the company said its actions were meant to address issues with older lithium-ion batteries, angry customers suggested it was to worsen their phones’ performance to force them to buy new models or batteries.

In January 2018, Apple apologized for the slow iPhones and offered customers battery replacements for $29, a decrease from its previous offer of $79, CNN reports.